A Non-Swimmer's Quest to Swim the English Channel 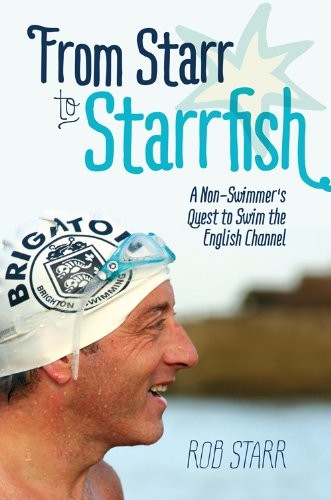 Having never swum in the sea before and being an amateur swimmer at best, at the age of 40 and suffering from three debilitating conditions, Rob Starr decided that he was going to swim the English Channel. The point of it was to raise money for the Edward Starr Charitable Trust, the charity he had set up in memory of his beloved father to help children smile. This is one of the toughest physical and mental challenges known to man. As well as the tides, the weather and the temperature of the Channel (around 12C in July), swimmers have to cope with this being the busiest shipping lane in the world. It is said that 80% of the challenge is mental ability and 20% physical. To date, three times more people have climbed Mount Everest than have successfully swum the English Channel. For Rob, the challenge was compounded by the fact that he was suffering from rheumatism, osteoporosis and Crohn’s disease, which stopped him putting on the weight he needed to survive the crossing. Would he ever be fit or fast enough to meet this massive challenge?

Frank, funny and inspirational, Rob’s diary account of what it really takes to swim the English Channel is a real eye-opener.

Inspirational Story and shows what determination can do!

Shows that its not just the goal but that its about the whole journey and who you meet. And that whatever comes up you can achieve anything, even if it’s not your end goal! Great story and a big well done